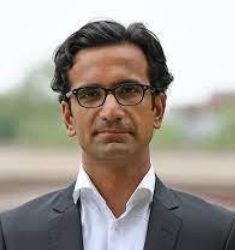 Mehran Gul joined the Special Interest Group meeting of Preparing Technicians for the Future of Work on July 16 from Switzerland to explain the emergence of big technology companies around the world in comparison to their development in the U.S.

From 2015 to 2019 Gul was the lead for Digital Transformation of Industries at the World Economic Forum in Geneva, Switzerland. Earlier in his career he served as an advisor on higher education, entrepreneurships and industrial policy at the United Nations Industrial Development Organization in Vienna, Austria.

He is currently writing a book, The New Geography of Innovation,

Gul said he wanted the educators and employers attending the Special Interest Group meeting via Zoom to understand that the trend is not so much that high technology is declining in U.S. as innovative technologies are being created by a new generation of high technology companies all over the world.

It is a dramatic, unfolding shift after nearly three decades – from the end of the Cold War in the 1980s until 2013 – when almost all the large high-tech companies in the world were U.S.-based.

However, Gul emphasized the trend is more nuanced than a U.S. versus China narrative even though several Chinese companies have surpassed the $1 billion valuation mark very quickly in recent years.

Gul shared maps that showed 393 companies with valuations in excess of $1 billion dollar popping up all over the globe. Now half of these high-value, high-tech companies are based in the U.S; 24% are in China; 5% are in the UK; 5% are in India, and 17% are spread throughout the rest of the world.

Gul pointed out that there are growing clusters of new companies within the borders of large economic powerhouses like India, the United Kingdom, and Indonesia, and in smaller countries such as Sweden, Romania, and Estonia. Examples he cited were Spotify in Sweden; Webtoon in South Korea; ByteDance in China; Auto1 Group in Germany; Wise (formerly TransferWise) in the United Kingdom; One97 in India; and Garena in Singapore.

In response to a question from the audience, Gul said he is still working out what the shift from U.S. “absolute dominance” of the high technology landscape to “leadership” will mean for American students and educators and companies.

In terms of education, he said he had personally witnessed Boeing’s use of cutting-edge technologies to upskill employees’ core technical skills in Washington. He also mentioned that 3M in Minnesota cultivates employees’ skills so they can work across disciplines.