As leader of the Systems Integration Group at SunPeak, John Schwarzmeier oversees the SunPeak teams that are responsible for the interconnection, commissioning and long-term reliable operation of customer systems. The company website states, “He is an expert in PV system Operations and Maintenance (O&M) and has advanced knowledge of system monitoring and reporting. John also leads customer education and training initiatives for installed systems.”

John Schwarzmeier, group leader of Systems Integration at SunPeak in Madison, Wisconsin, sees two  sets of skills for solar technicians and the emergence of a third set of critical IT skills.

First, this is what he considers the “traditional” attributes for all solar technicians:

The second set of skills is for forward-thinking individuals who want more advanced solar technician roles. They need to be able to use specialized tools such as global positioning systems (GPS), unmanned aircraft systems or drones, or special test equipment that is specific to the solar industry.

“Experience in some of these special tools and equipment would definitely give them a leg up,” he said.

He expects that the most sought-after technicians in the future will be individuals who understand computer networking, internet protocol addresses, and the principles involved in devices communicating with each other—essentially the Internet of Things (IoT).

Schwarzmeier thinks it is important for technicians to learn troubleshooting skills directly from experienced practitioners in their specific industry.

“At a high level, some people have just a problem-solving mentality where if something isn’t working you kind of intuitively know where to look and how to be efficient about what you’re looking for,” he said. To sharpen his intuitive skills as he began to focus on operations and maintenance, Schwarzmeier took a troubleshooting course that Solar Energy International offered at a test lab in Colorado. “They used the actual tools that we use in the field. They had experts who were used to commissioning and fixing solar systems. So that course was very useful because there’s a gap between general problem-solving abilities and how to troubleshoot a solar PV [photovoltaic] circuit,” he said.

For people interested in becoming solar energy technicians, Schwarzmeier recommends earning a two-year industrial maintenance degree, which he did at Madison Area Technical College years after completing a bachelor’s degree in atmospheric and oceanic science at the University of Wisconsin-Madison.

He thinks taking courses on internet-based communications would also be helpful. He noted that not very many of the technicians he has supervised had learned multiple software programs in school. However, when they entered the solar workforce they were expected to use email and time tracking programs, and they benefited if they could quickly learn construction management, basic accounting, maintenance, and inventory programs.

For educators to understand new products and what the latest solar energy installations look like, he suggests they stay connected with industry and give students opportunities to meet employers at industry advisory meetings, which he did as a student at Madison Area Technical College, to facilitate job-shadowing and internships.

Aside from adding GPS lessons and introducing drones in their programs, Schwarzmeier’s parting advice to educators is to pay attention to advances in the industry, and incorporate those technologies into the coursework. “As battery capability, for example, becomes more advanced and economical, educators will need to be help students get up to speed. That’s what’s going to take the solar industry to the next level,” he said. 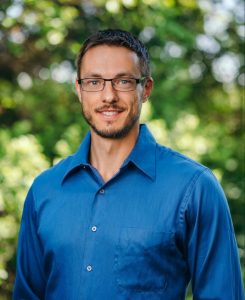